So, it was more like 10:15 when the ReBuild Green team showed up (Add 2 hours to the waiting tally) but after seeing what was accomplished they are completely forgiven.

So, to begin with, house looks like this but imagine with a "deader" lawn and the port-a-pottie on it: 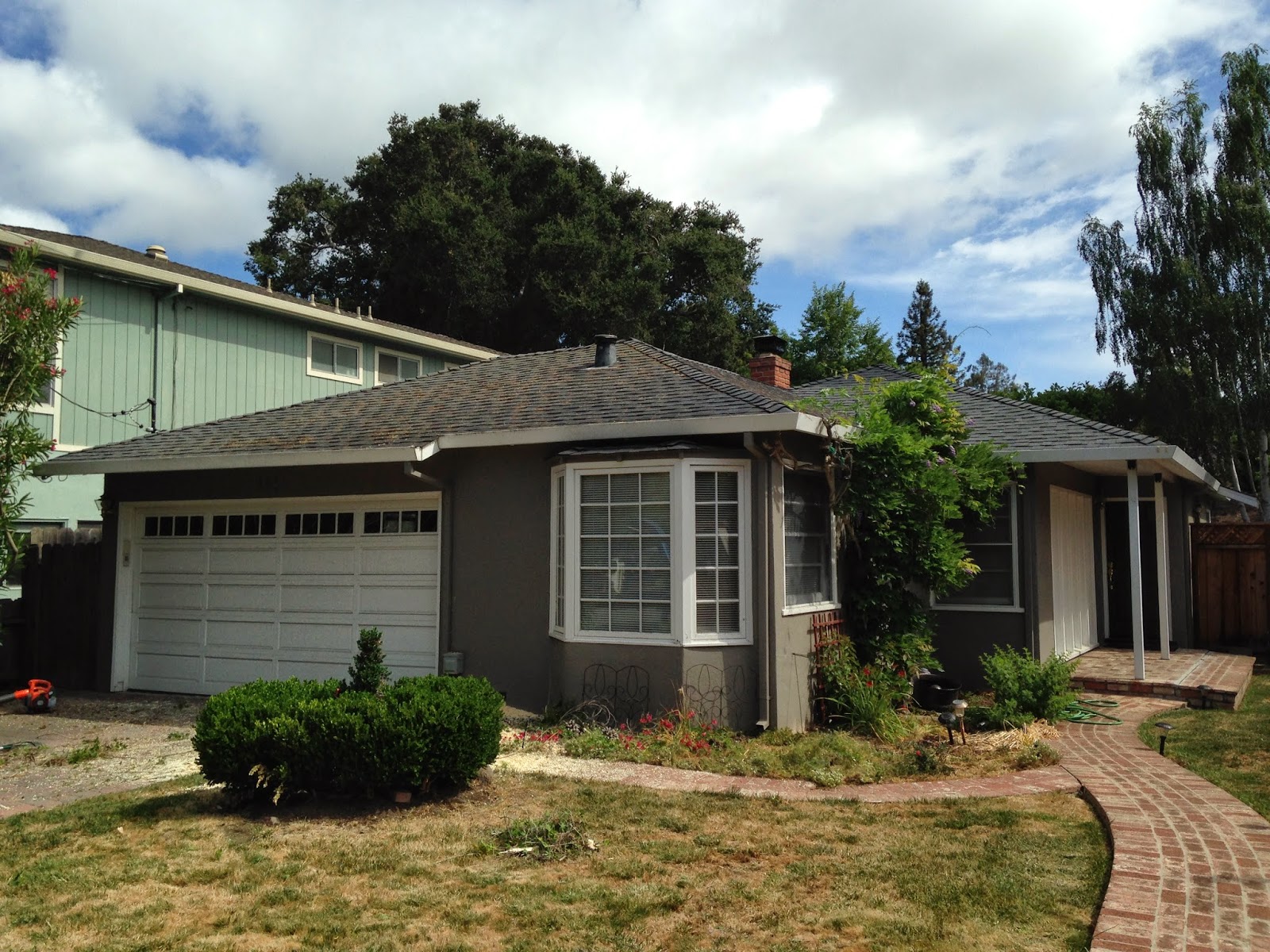 And the interior of the house looks for the most part like this:
At 10:15 yesterday, a bunch of trucks and cars arrive. Out jump about a dozen gentlemen and they begin to take with no exaggeration 12 ladders of various sizes, a pile of shovels, rakes, and brooms, 2 coolers, a boom box, and about 10 industrial strength plastic garbage cans off one of the trucks. Each of the guys has a hard hat and a crow bar. Literally within 10 minutes they were set up and working. 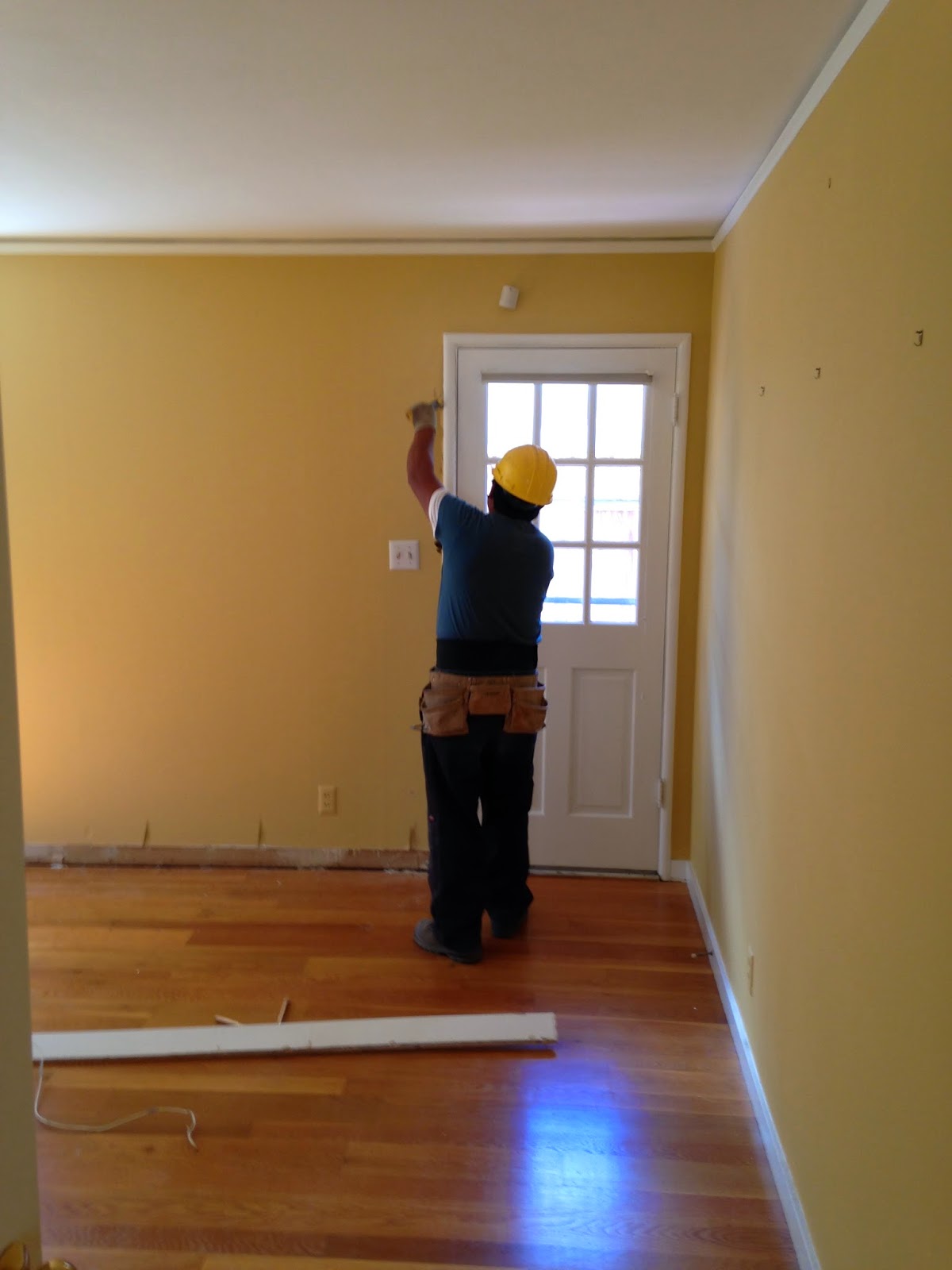 The baseboards were off and the trim around the door beginning to be removed. There was one guy on a ladder working on the ceiling light fixtures. 2 guys in the kitchen working on removing the dishwasher, one guy in the closets removing poles, shelves, etc. Two guys propped the garage door open. It was a hive of activity.


So at about 11, I decided I was nothing but in the way and went home to do other house stuff (budget, cash flow, insurance… the behind the scenes stuff).

I returned at about 2:45 to check in. No more than 4.5 hours later and this is what the state of affairs:


By the time I returned at 2:45, they were down to the studs throughout the house. There was hardly any sheetrock left on the walls. AMAZING!

They were also finished packing up a truck with the appliances, interior and some exterior doors, and other fixtures. This was headed out to Oakland to be processed and to be resold/recycled. 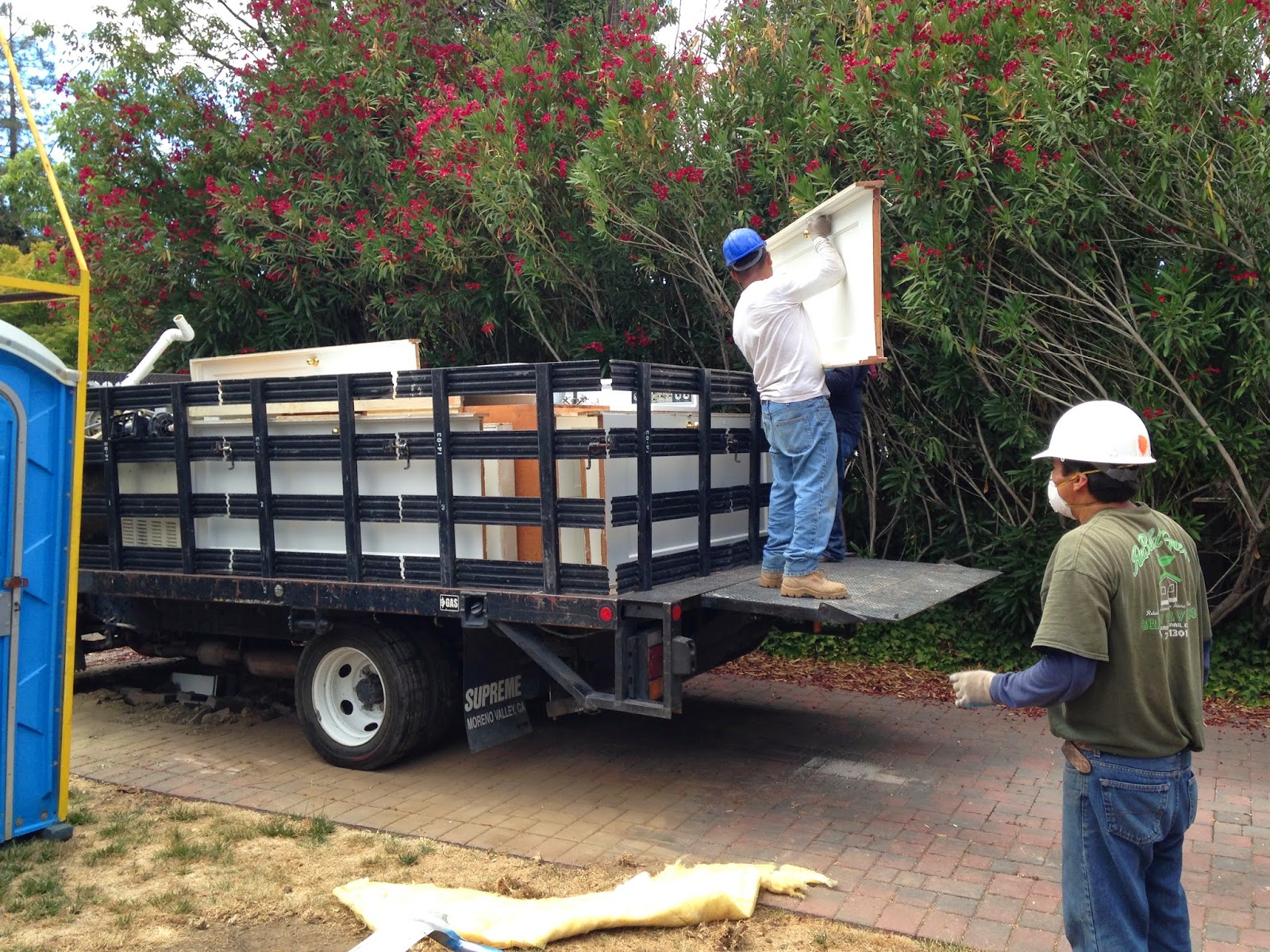 I left around 3:15 and then OH stopped by on the way home from work. This is what he saw… less than 2 hours later:

More done and more than that, debris removed. Woosh! Amazing.

I have photos from this AM (Tuesday) which show even more progress. I am headed back to the house now to do my afternoon check. Will include those updates with the ones from this AM a bit later on.

As OH said last night, we are past the point of no return. That was an understatement!

Posted by hamiltonjf at 3:11 PM